At the heart of the clean-energy revolution

The future of low-carbon energy is being made in the Sheffield City Region, as Nuclear AMRC CEO Andrew Storer explained for the Sheffield Telegraph.

As we start to emerge from the Covid-19 pandemic, we still need to deal with the longer-term and even more challenging reality of the climate crisis.

As a nation, we are committed to reducing our net emissions of greenhouse gases to zero by the year 2050. Last year was the first when the UK produced more electricity from low-carbon renewables and nuclear than from fossil fuels, and we recently managed two months without burning any coal. That’s worth celebrating, but there’s still a long way to go to decarbonise our power generation.

We also need new kinds of electric vehicle to cut emissions from transport, and new ways to heat our homes and businesses. That’s likely to double electricity demand by 2050, which means we’ll need around four times as much low-carbon generation as we have now.

Here in the Sheffield City Region, we’re being even more ambitious. Our mayor Dan Jarvis has set a target of reaching net zero by 2040. His team is now working with the University of Sheffield, including researchers at its Energy Institute, to develop new ways of driving clean growth, improving energy efficiency, and helping homes and businesses to decarbonise.

There’s only so much that can be done locally, of course. According to the Sheffield City Region energy strategy, the region generates less than 20 per cent of the electricity it consumes. Reaching net zero will take a national effort and investment on a massive scale.

As we emerge from the shadow of Covid-19, we can all appreciate the scale and intensity of the effort needed to tackle an international crisis. We can also see the opportunity to drive a national economic renewal by investing in new low-carbon technologies produced by British manufacturers.

We might not produce much power in the Sheffield region today, but we are developing the low-carbon power sources of tomorrow.

Wind and other intermittent renewables can make an enormous contribution but, because they need energy storage or back-up generation, they become much more expensive as they play a larger role in the energy mix. That’s why we need nuclear to reach net zero.

Nuclear currently makes up two-fifths of our low-carbon generation, and keeping that share makes engineering and economic sense.

We believe the best way of achieving that is with a mix of large reactors, of a similar size to the two currently being built at Hinkley Point in Somerset, and a new generation of small modular reactors (SMRs).

Here at the Nuclear AMRC, we are working with industry to design and engineer these new designs of power plant, using advanced manufacturing technologies to reduce the cost of energy.

We are part of the UK SMR consortium, working alongside engineering giants such as Rolls-Royce, to develop a more flexible and affordable power plant based around proven reactor technology.

A UK SMR power plant would be about the size of a football stadium, and produce enough electricity to meet the current needs of a city the size of Sheffield – at a cost which can compete with any other power source.

If these are to play their part in reaching net zero, we need to build the first commercial unit on an existing nuclear site by around 2030, and then produce up to 10 units a year for the UK and for export.

It’s an ambitious programme, but it is achievable. Realising it will establish a new industrial cluster in the north of England, producing modules for nuclear-licenced sites around the UK and export around the world. The Sheffield region can be at the heart of that manufacturing renaissance.

Beyond that, we are also helping develop the ultimate source of unlimited low-carbon power – nuclear fusion, the same process that powers the sun. 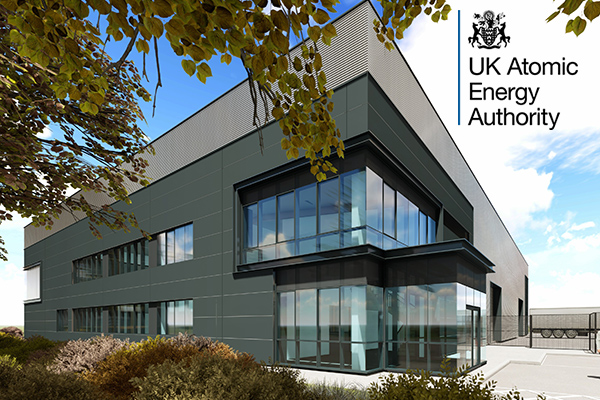 UKAEA, the world leader in fusion R&D, last year chose to come to our region because of our expertise at the Nuclear AMRC, and is now building its new materials testing facility on the Advanced Manufacturing Park in Rotherham.

The new facility will test materials and components in conditions which reproduce the incredible temperatures and tremendous magnetic fields experienced inside a fusion reactor.

Our team is already working with UKAEA to develop the manufacturing technologies which will reduce the cost and risk of the first fusion power plants, and help turn UKAEA’s research into engineered reality by the early 2040s.

Bringing this energy revolution to the Sheffield City Region shows the strength and innovation of our region’s advanced manufacturing and clean technology cluster. The energy sector has been relatively unscathed by the Covid crisis and, with targeted investment, can hold the key to the economic recovery.

Sheffield cannot deliver the UK’s net zero mission alone, but work is already underway at the Nuclear AMRC and the wider University of Sheffield to put us at the heart of this clean energy revolution.

Stepping up to the manufacturing challenges of fusion

Seizing the opportunities of the energy transition