Additive manufacturing experts at the Nuclear AMRC are leading international research into innovative repair technologies for the aerospace industry.

The Amos project (Additive manufacturing optimisation and simulation platform for repairing and remanufacturing of aerospace components) is a collaboration between researchers and manufacturers in Europe and Canada, led by the University of Sheffield AMRC.

Amos will investigate a range of direct energy deposition techniques which combine welding tools with automated control to accurately deposit and melt metal powder or wire. Many of these techniques are already used in aerospace and other industries to build new parts to near-net shape. 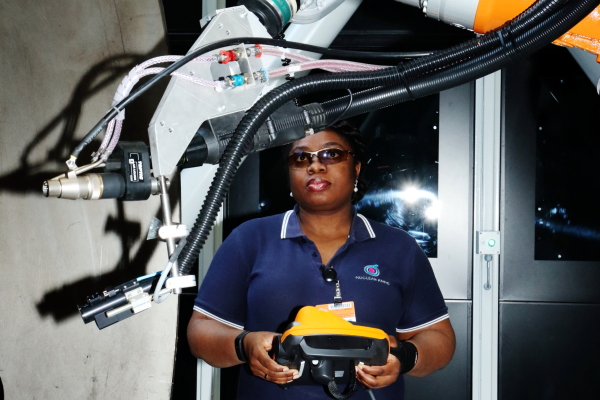 Amos will investigate the use of these techniques to repair and remanufacture aerospace components such as turbine blades and landing gear. This could significantly reduce the time and cost of regular maintenance and repair for the aerospace industry, while reducing material waste and extending the life of expensive components.

“There’s a host of additive manufacturing technologies available to aerospace manufacturers, but they tend to be focused on new production rather than repairing damaged parts,” says Dr Rosemary Gault, European project coordinator at the University of Sheffield AMRC. “The Amos project is bringing together some of the world’s leading research organisations and companies to identify which additive technologies are best suited for repair and remanufacture, and develop them for commercial use.”

“The research team is well balanced, consisting of industrial OEMs, repair providers and universities across the Atlantic,” says Professor Yaoyao Fiona Zhao of McGill University’s Additive Design and Manufacturing Lab. “The project will provide a fundamental understanding of thermal and mechanical behaviour of powder and wire material during deposition. It will also provide a simulation and optimisation platform for industrial partners to further develop their component-specific applications.” 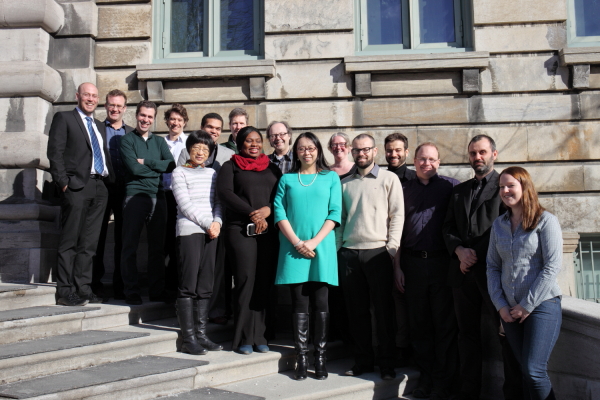 The project will research fundamental aspects of selected additive processes, including the material integrity of deposited metal, and the accuracy and limitations of the deposition process. The consortium will also investigate automated techniques to map damaged areas and calculate repair strategies, and look at how the near-net shape repairs can be effectively machined to a final seamless shape.

Amos will also investigate how additive repair techniques can be factored into the design of new components to optimise efficiency over their life cycle, and the qualification of innovative repair processes which don’t comply with current industry specifications.

“Additive manufacturing is a revolutionary technology, and one of GKN’s strategic priority technologies,” says Rebecka Brommesson, solid mechanics engineer at GKN Aerospace Engine Systems. “The large comparative study carried out in Amos will help us understand the pros and cons of the tested direct energy deposition systems. We want to investigate suitable repair and remanufacturing strategies as well as the qualification process required for repair and remanufacturing.”

The European partners are the University of Sheffield AMRC in the UK; Ecole Central de Nantes in France; GKN Aerospace Engine Systems, based in Sweden; and DPS, a French SME specialising in process simulation and optimisation.

The project will involve a range of additive manufacturing technologies used at the participating centres and companies, including laser powder and robotic laser wire systems operated by Liburdi in Canada, a CNC laser powder facility at Ecole Centrale de Nantes in France, and robotic powder diode laser and wire-feed gas tungsten arc facilities at the Nuclear AMRC in the UK. Material research will focus on three widely used aerospace alloys: Ti6Al4V, Inconel 718, and 300M alloy steel.

The four-year, €2.6 million (C$3.8 million) project is supported by the European Commission through the Horizon 2020 programme and by Canadian funding agencies CARIC and NSERC. It is one of the first European-Canadian projects to be funded under the ‘Mobility for growth’ collaboration in aeronautics R&D.